A Pastoral Response in the Wake of General Conference 2019

A Pastoral Response in the Wake of General Conference 2019 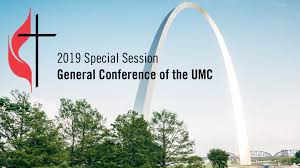 You are loved. YOU are loved. YOU ARE LOVED. God loves you. I love you. And the people of Avondale United Methodist Church love you. No General Conference decision can change that. While I dearly love The United Methodist Church, the Thing that binds us together with chords of love that can never be broken is our Creator, our Redeemer, and our Sustainer … God almighty. Please don’t ever doubt that. You are always welcome with God … we are all God’s children … we are beloved by God. And you are always welcome at Avondale UMC.

Unfortunately, the outcome of General Conference was not what many of us hoped for. By a narrow margin (53% to 47%), the Traditional Plan passed the General Conference. This plan, if upheld by the Judicial Council (which isn’t likely), would add more restrictions against our LGBTQ+ siblings than there currently are in our church law book known as The Book of Discipline.

Why did the Traditional Plan pass?
The UMC is a global church. That means we are made up of people in the United States, in South America, in Africa, in Russia, in the Philippines, in Europe, in South Korea, and beyond. Oftentimes we celebrate our global nature and the rich beauty and diversity it can bring to the life of the UMC. However, when it comes to social issues, such as human sexuality and marriage, we have very differing views and biblical interpretations related to them. For example, in many parts of Africa, same sex interaction is a crime and punishable by death. This despite the fact that in those same areas, polygamy is widely accepted and practiced. The votes of delegates from places like Africa and Russia and other more conservative places combined with approximately one-third of the votes of U.S. delegates is what made up the 53% who voted in favor of the Traditional Plan. Roughly two-thirds of our U.S. delegates were in favor of another plan (The One Church Plan) that would have allowed for churches and their clergy to make their own decisions related to performing same sex marriages and for Annual Conferences to decide whether to ordain LGBTQ+ individuals as clergy.

What does this mean for us going forward?
The UMC Judicial Council (much like the U.S. Supreme Court) still has to rule on the constitutionality of the Traditional Plan. That will happen during their next meeting April 23-25. It’s likely that the plan will be deemed unconstitutional which means our Book of Discipline will remain unchanged. It will be status quo as usual. There is speculation that clergy and churches on both sides of the issue may choose to pull out of the denomination, but we don’t know anything for certain until someone actually does it.

In the meantime, I will continue to fight for the full inclusion of all people within our beloved United Methodist Church. I am in regular conversation with trusted clergy and laity who are working on strategies moving forward. If you would like to know more about those conversations and how you can get involved, feel free to email me.

In addition, please know that my door is always open to talk and to listen. I’ve had many conversations with different church members and friends, some identify as LGBTQ+ and some are allies, about the outcome and what it all means for The UMC. All have been disturbed and deeply saddened. Many have also expressed disbelief. Yet many have remained hopeful, much to my surprise. There are a great deal of people within our local church and within the larger inclusive community who still believe the words of musician Sam Cooke, “A change is gonna come.”

In difficult times, I often turn to what my great seminary professor Bishop Woodie White called hard times songs. One in particular that has been on my internal playlist a lot recently was written by one of our Methodist forefathers, Charles Albert Tindley, and is called Courage My Soul. Google it and listen. I pray that God gives you strength and courage to journey on in the light and love of God’s kingdom.